Report underscores need for U.S. government to engage private philanthropy as it seeks to increase aid in the region. 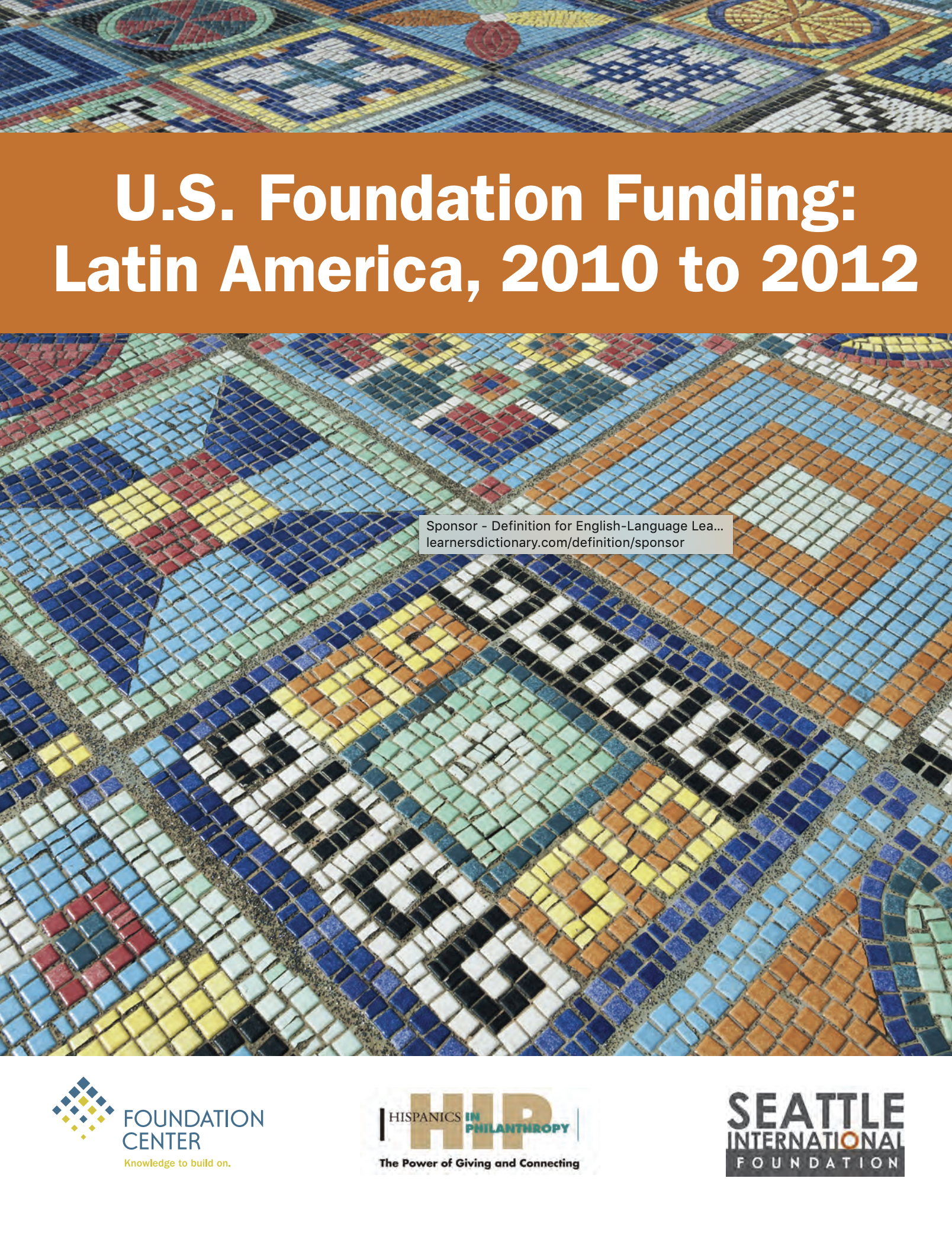 “As our report shows, U.S. philanthropy is making significant investments in Central America, even though funding for Latin America remains less than 10% of all international grants,” said Mauricio Vivero, CEO of Seattle International Foundation. “This report underscores the need for the U.S. government to engage with private philanthropy, and other private donors, as it seeks to prepare a new strategy and aid to the region.”

On Friday, the presidents of Honduras, Guatemala, and El Salvador, along with Vice President Joe Biden and Inter-American Development Bank President Luis Alberto Moreno, presented a plan to enhance prosperity and prevent violence in the Northern Triangle. The plan focuses on stimulating the productive sector to create economic opportunities; building human capital; improving public safety and enhancing access to the legal system; and strengthening civil institutions. The plan will require support and guidance from the United States and other allies to ensure its successful implementation. As demonstrated by the report, leveraging existing investments by U.S. foundations would be a valuable addition to that effort.

In response to the plan, this week, civil society organizations in the United States and those that work in Central America signed an ad running in the major newspapers in each country. The ad outlines the “smart investments” that should be made in the region to ensure a prosperous and safe future. The English version of the ad can be viewed here.

“The Civil Sector has an important role to play in resolving persistent poverty, advancing human rights and addressing impunity,” said Diana Campoamor, CEO of Hispanics in Philanthropy. “Citizens of conscience, church and nonprofit leaders, with support from governments and the private sector, are a critical part of any long term solution in the region.”

Central American policy is receiving attention on Capitol Hill, too. Today, the House Foreign Affairs Subcommittee on the Western Hemisphere will hold a hearing entitled “Unaccompanied Alien Children: Pressing the Administration for a Strategy.” The ongoing civil strife in the region indicates a need for a strategy that engages private investment, as well as smart investment by the U.S. government.

The report was prepared by Foundation Center, the leading authority on philanthropy, and is based on its research set, which includes all grants of $10,000 or more reported by 1,000 of the largest U.S. foundations. The set accounts for approximately half of the total grant dollars awarded by foundations in the U.S. Major funders for Central America include the Walton Family Foundation, Howard G. Buffett Foundation, Ford Foundation, the Bill and Melinda Gates Foundation, and the Seattle International Foundation.