SIF joins 35 other organizations in applauding CNA and FOSDEH for their joint study and call on the Honduran government to implement the recommendations of the report and ensure the safety of CNA and FOSDEH personnel. 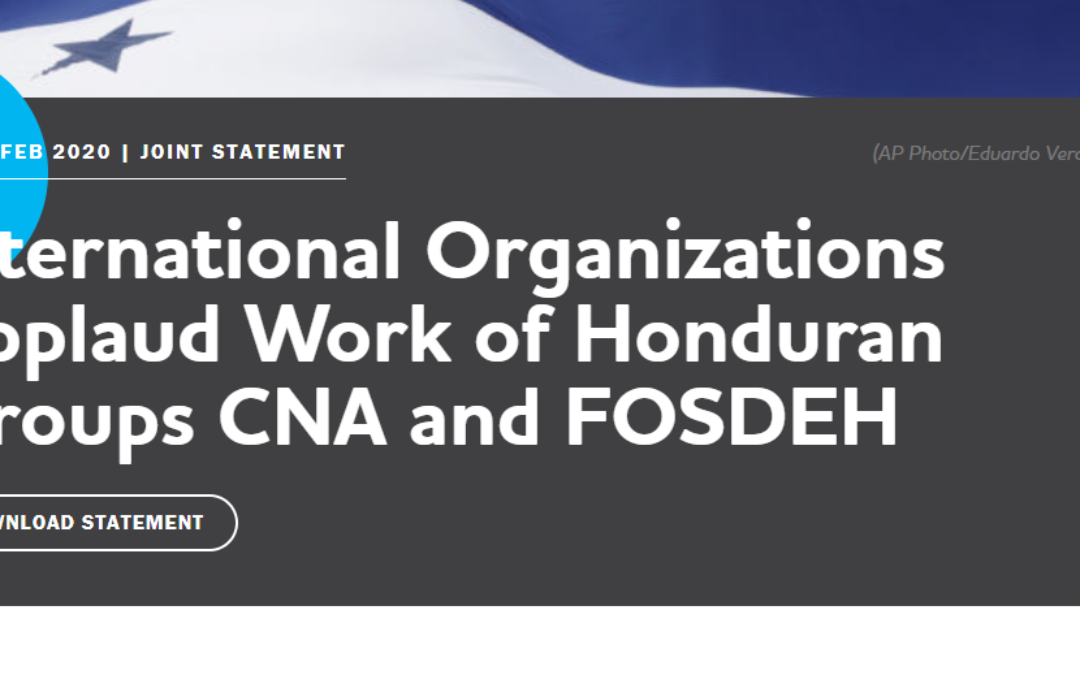 Oxfam America, the Washington Office on Latin America (WOLA), Seattle International Foundation (SIF), the Center for Justice and International Law (CEJIL), the Due Process of Law Foundation (DPLF), the Latin America Working Group (LAWG), and the Association of International Cooperation (Espacio ACI), which brings together 31 international non-governmental organizations working in Honduras,[1] applaud the National Anti-Corruption Council (CNA) and the Social Forum on the External Debt and Development in Honduras (FOSDEH) for the joint study, “An Estimate of the Macro-Economic Impact of Corruption on Honduras.” We call on the Honduran government to implement the recommendations from this report and ensure the safety of CNA and FOSDEH personnel in light of the disturbing revelations detailed in the report. We urge the international community to continue to support brave Hondurans committed to ending corruption and increasing accountability in their country.

Released shortly after the closure of the Mission to Support the Fight against Corruption and Impunity in Honduras (MACCIH, by its Spanish acronym) on January 19th, the study outlines the different ways corruption occurs in Honduras, estimates the cost of this corruption, and identifies the sectors involved.  In the five-year period from 2014 to 2018, the report finds that over $10 billion dollars was stolen from the public treasury through a variety of mechanisms such as extortion; bribery; over-pricing of goods and services; tax evasion and tax havens; and illegal transfer of state assets to public figures. This figure exceeded the operating budget for the central government in 2018 and represents 12.5% of the country’s GDP.

The top three sectors involved in the corruption, according to the report, are national government officials, leading private sector figures, and organized crime.  Alarmingly, the study concludes that corruption has evolved into a complex criminal structure largely involving actors in these three sectors.

This endemic corruption robs honest public officials from addressing the serious social and economic conditions in Honduras, and contributes to the forced migration of Hondurans who are fleeing out of desperation.

By presenting this report, the CNA and FOSDEH expose themselves to retaliation from those who benefit from corruption. Again, we call on the international community and the Honduran government to guarantee the safety and integrity of these two invaluable organizations.