Trump Threatens to Cut Off Assistance to Central America: Does It Matter?

Cutting off U.S. assistance programs to these three countries is to throw away the best tools at Washington’s disposal to address the underlying drivers of migration. 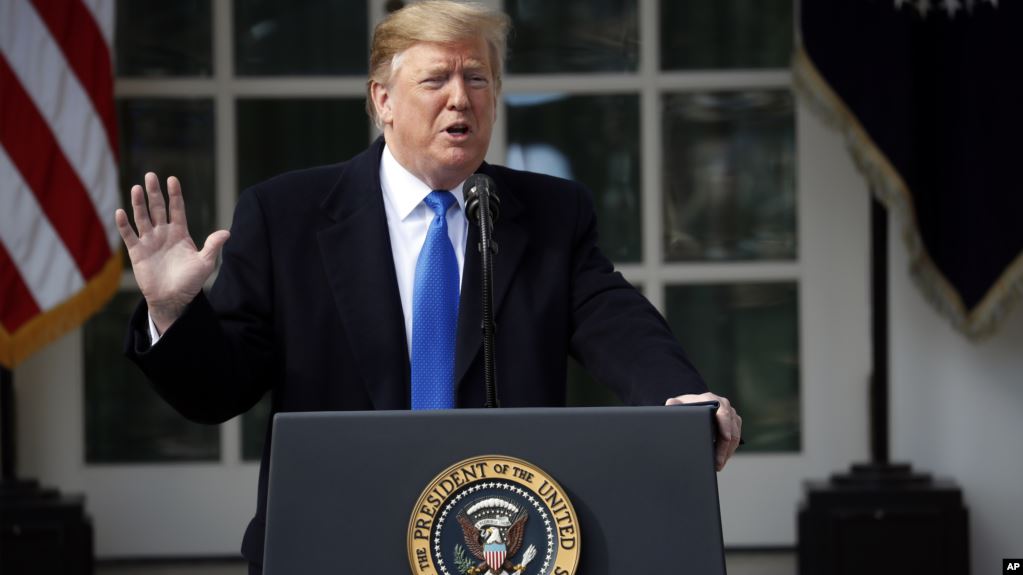 President Trump’s threat to cut off assistance to Central America is mistaken and, if carried out, will exacerbate the problems of irregular migration.  But the President also forces us to ask some tough questions about the real value of U.S. assistance and whether we are simply throwing good money after bad in Central America where, according to President Trump, “… the governments of Honduras, Guatemala, and El Salvador have taken our money for years, and do nothing.”

Cutting off U.S. assistance programs to these three countries is to throw away the best tools at Washington’s disposal to address the underlying drivers of migration.  While acknowledging that important “pull factors” continue to draw Central Americans to risk the perilous journey to the United States, there are also powerful “push factors” motivating the exodus.   Grinding poverty and inequality, failing schools and healthcare systems, elevated levels of violence, and loss of faith in governments have produced a toxic mix of hopelessness and despair among Central Americans that is driving many to flee northward despite the peril.

During its first two years, the Trump Administration revamped the Obama policy for Central America by refocusing on three priorities. According to the Administration’s own policy documents, “The Strategy’s mission is to secure U.S. borders and protect U.S. citizens by addressing the security, governance, and economic drivers of illegal immigration and illicit trafficking, and to promote private sector investment in Central America.”

But these “divers of illegal immigration…” are the product of complex and deeply engrained corruption and privilege that are not easily reversed.  They require a determined commitment over time first from the Central American governments themselves, but also by the donor community including the United States.  Success in these areas cannot be reduced to a month-to-month assessment of arrivals at the U.S. border. Reestablishing security, addressing poverty, and rebuilding government institutions takes years, not months, so threats to discontinue assistance are likely to undermine efforts already underway.

Ironically, in many small ways, there are already successes to point to.  Most of these are local in nature, and have yet to be scaled up to a national level.   Efforts to reduce violence in specific hard-hit communities, such as Rivera Hernandez outside San Pedro Sula, Honduras – once the world’s most violent city, have resulted in significant homicide reductions.   Gangs have not disappeared but are less violent. Furthermore, an independent purge commission in Honduras rid the National Police of nearly a third of its police force including many top generals who where allegedly engaged in the murder and subsequent cover up of Honduras’s anti-drug czar and his deputy. There have also been useful investments in child and maternal health especially in the Guatemala’s western highlands where an estimated 80% of children under the age of 5 suffer from malnutrition and stunting among adults is widespread.

These programs are not only vital, but are largely carried out without direct governmental intervention.    The vast majority of U.S. assistance is flowing to organizations and private U.S. companies engaged in important work that address the drivers of migration at the local level.  Cutting them off will make the situation worse, not better, for desperate Central Americans and, ultimately, the United States.

Nevertheless, President Trump’s threat to cut off aid to Central America also gives us an opportunity to ask a bigger question about United States foreign assistance.   Can United States assistance be successful beyond the specific examples given above when issues like corruption have so thoroughly penetrated all three governments? Prior attempts at “state-building” in Iraq, Afghanistan, for example, have largely failed. Why would we expect different results in Central America?  These are legitimate questions raised by those on the right and the left that wonder why we would waste U.S.-taxpayer money to support corrupt regimes that commit human rights violations and do not respect basic human liberties.

Rebuilding the legitimacy of the state is essential to fighting crime, reducing poverty, and dissuading irregular migration but to be successful a “reliable partner” is urgently needed The United States cannot solve these problems for Central America.

At the moment, however, it’s not entirely clear the United States has reliable partners among Northern Triangle governments.   Successive Attorneys General in Guatemala have worked closely with a UN-based anti-corruption commission (CICIG) to bring charges against current and former politicians, including Presidents, only to see those cases stalled and the CICIG banned from the country.   The current top anti-corruption prosecutor in Guatemala said this week he fears for his life and denounced efforts in the government to block his investigations. According to one poll, only 11% of Salvadorans are satisfied with democracy in their country, followed by 18% of Guatemalans, and 27% of Hondurans (Corporación Latinobarómetro, November 2018).

El Salvador may be the one bright spot where an outsider running on an anti-establishment anti-corruption agenda was just swept into power.  But overall, prospects are dim while governments, congresses, and political parties are increasingly unpopular.

Ultimately, the U.S. needs to pursue a two-pronged policy if it wants to turn the tide in Central America.  It must continue funding the locally based efforts to reduce violence while simultaneously pressing to “drain the swamp” of corruption in the region.  An anti-corruption pro rule-of-law agenda is the best way to establish the reliable partnerships needed for success. Failure to do so will, and already has begun to, undermine what little glimmers of hope remain in the region.