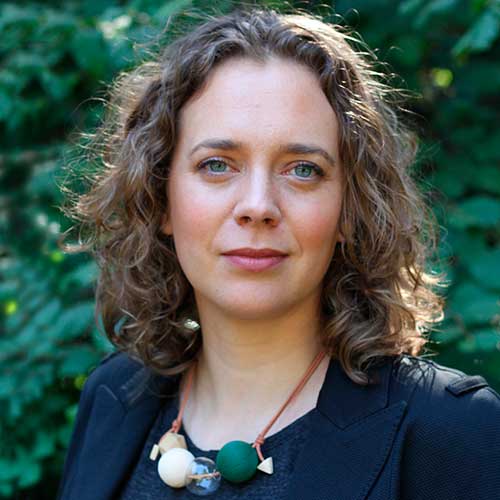 Prior to joining SIF, she worked as a researcher for Human Rights Watch’s LGBT Rights Program, where she researched human rights violations against LGBTQ people in Central America’s Northern Triangle, and for HRW’s Americas Division, where she focused on Guatemala and Mexico.

She has previously worked at Stanford Law School’s Human Rights Center, in California, where she was Fellow for Criminal Justice and Prison Reform in the Americas, and at the Due Process of Law Foundation (DPLF) in Washington, D.C., where she led the Judicial Independence Program. Mirte has also contributed political analysis on Guatemala to the Economist Intelligence Unit.

Mirte holds a master’s degree in human rights from the London School of Economics and Political Science, in the UK, a law degree from Maastricht University, The Netherlands, and a certificate in Contemporary Latin American Studies from the Catholic University of Chile.

She has written numerous articles and opinion pieces about rule of law issues in Mexico and Central America. She is a native Dutch speaker, is fluent in English and Spanish, and has some command of Portuguese, German, and French.

Working together with our fantastic partners to strengthen the rule of law in Central America and create fairer conditions for all, is what inspires me most about working at SIF.