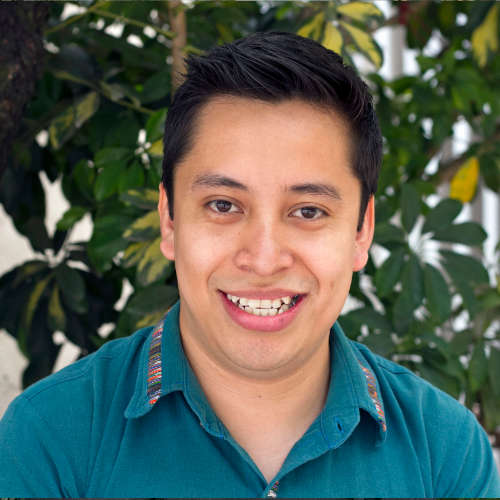 Josué develops financial and administrative projects, like reports, proposals, and payments for the CAMY Fund, in addition to coordinating activities with team members in Central America and Seattle.

In his Monitoring & Evaluation capacity, Josué systemizes, analyzes and creates reports based on the results of pre- and post- project surveys by project leaders. He also monitors and conducts the internal reflections on the Fund´s learning.

Originally from the State of Mexico, and current resident of Mexico City since 2016, Josué has always been interested in social and political issues, as well as contributing to the construction of diverse and inclusive societies. In recent years Josué has attended and participated in various forums, presentations and workshops within the philanthropic and non-governmental sector. He also has organized forums and presentations on the Human Rights of Persons with Disabilities, among other academic activities at the university where he graduated.

Josué has a degree in Sociology from the Autonomous University of the State of Mexico (UAEMex). During his degree he participated in the “Summer of Science” at the Mexican Academy of Sciences where he collaborated with an NGO in Mexico City working on social control and transparency issues.

CAMY and SIF have allowed me to better understand social diversity, various points of struggle and the disadvantages we as a global community share. I am convinced that Central America and Mexico have many challenges in common that could serve as entry points to resist together.

This website uses cookies to improve your experience while you navigate through the website. Out of these, the cookies that are categorized as necessary are stored on your browser as they are essential for the working of basic functionalities of the website. We also use third-party cookies that help us analyze and understand how you use this website. These cookies will be stored in your browser only with your consent. You also have the option to opt-out of these cookies. But opting out of some of these cookies may affect your browsing experience.
Necessary Always Enabled

Performance cookies are used to understand and analyze the key performance indexes of the website which helps in delivering a better user experience for the visitors.

Analytical cookies are used to understand how visitors interact with the website. These cookies help provide information on metrics the number of visitors, bounce rate, traffic source, etc.

Advertisement cookies are used to provide visitors with relevant ads and marketing campaigns. These cookies track visitors across websites and collect information to provide customized ads.

Other uncategorized cookies are those that are being analyzed and have not been classified into a category as yet.

SAVE & ACCEPT
Powered by