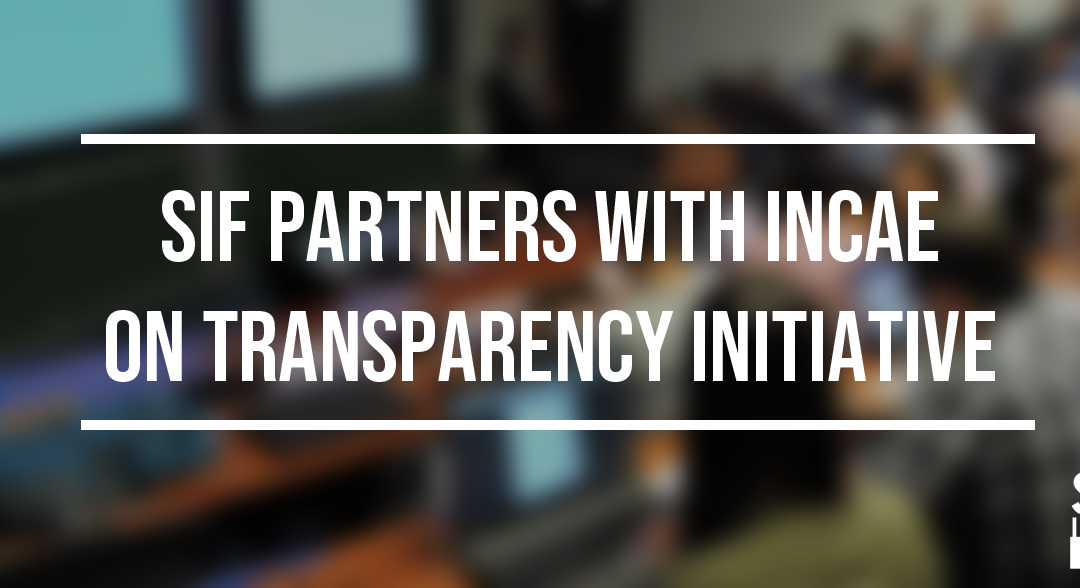 SIF is proud to announce a new research grant to INCAE Business School‘s Latin American Center for Competitiveness and Sustainable Development (CLACDS). CLACDS has recently established an Ethics and Transparency Initiative, which will focus on developing leaders with a strong sense of ethics and integrity in order to build a culture of transparency in Central America.

With this research grant, INCAE, will write five case studies on Transparency in Central America as a way to address corruption; an issue that is at the core of many of the world’s economic and business challenges. These cases, the first of their kind specific to Central America, are intended to help build a foundation on which to construct a new legal culture in Central America and will be used as the central teaching tool in addressing ethics, anti-corruption, and transparency in INCAE’s MBA programs, executive training and forums.

Arturo Aguilar, Executive Director of SIF, stated: “We are excited to see such an energetic response to promote transparency and fight corruption in Central America, thus guiding the region towards a future with governability and judicial security”, adding: “INCAE has decided to focus its efforts towards constructing a new legal culture. We know the road to get there is long and complicated, but we are convinced that with brave and structured initiatives such as these, the beginning of a positive future for the region is guaranteed.”

To learn more about INCAE and this particular research project, you can read INCAE’s press release.

We are excited to be facilitating INCAE’s work and look forward to hearing more about this research when it is presented at SIF’S 2018 Central American Donors Forum.