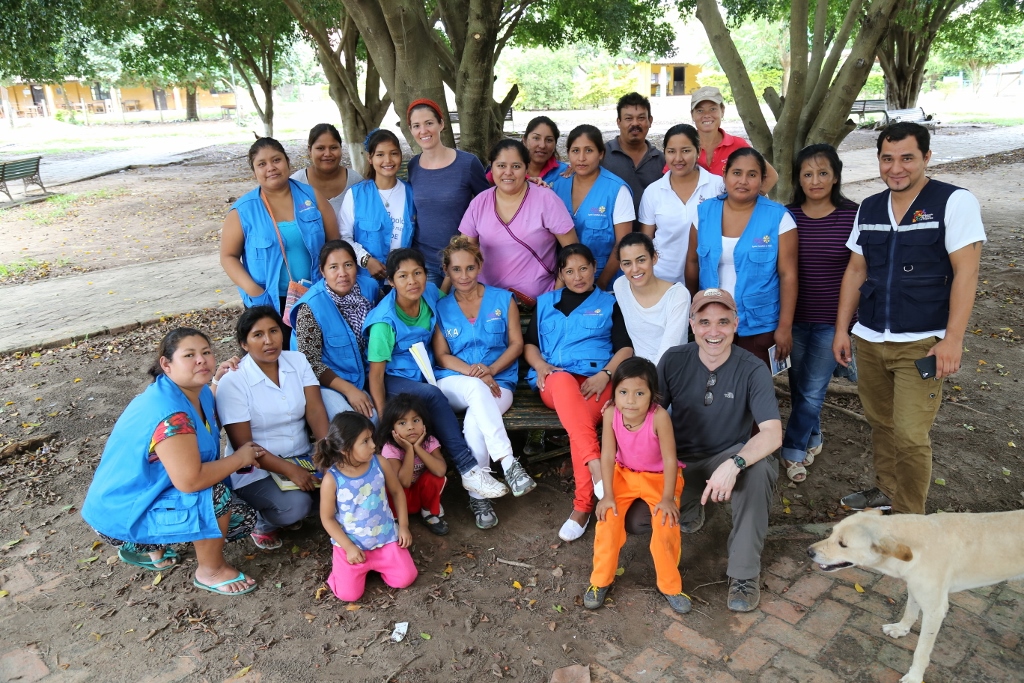 Today, the Seattle International Foundation (SIF) CEO Mauricio Vivero and a Nordstrom team surprised Nordstrom employee Elaine Raymond with the news that she has been selected as the company’s 2014 SIF Seattle Ambassador. As a SIF Seattle Ambassador, Raymond will now have the opportunity to travel to a country in the developing world to see firsthand how Seattle nonprofits, corporations, and philanthropy are improving lives. Vivero and Nordstrom leaders who helped make the selection, visited Raymond, a marketing manager who has been with the company for three years, to share the news.

“The Puget Sound region is home to more than 300 organizations working to alleviate global poverty doing critical work such as educating girls in Rwanda, providing clean water and sanitation to communities in Ethiopia, and providing small-business training to people with disabilities in Vietnam. This program was created to raise awareness about our community’s positive role in the world, and to connect Seattle to other cultures through travel and philanthropy,” said Mauricio Vivero, CEO of SIF.

SIF will work with Raymond this fall to identify a high-impact, Seattle-based organization, based on her specific interests, for her to visit overseas. In preparation to document her experience and return to Seattle to share with the community, she will participate in a cultural sensitivity and citizen journalism training prior to her departure.

“It’s not every day that someone walks up to you at work and asks ‘Where in the world do you want to go?’ I am just so excited that I have been presented with this once-in-a-lifetime opportunity to learn more about the world,” said Raymond. “I’m especially interested in visiting Latin America to learn more about water and education. Those are the two things that I’m most passionate about because both of those things are a vital part of my life and I realize that I often take them for granted. I realize that not everyone has the same access to water and education that I have and I want to learn more about how Seattle-based organizations are helping to change that and where I can make a difference too.”

Nordstrom is one of several companies who will partner with SIF to provide the Seattle Ambassador experience to eligible employees. To be selected, Raymond first applied online at www.seattleambassador.com, where she was asked to express her interest in reducing global poverty. She also submitted a video and was interviewed with SIF and Nordstrom leaders in the final selection process.

“We are so pleased that we had the opportunity to work with SIF on providing this fantastic experience to one of our Seattle-based employees,” said Terri Baldwin, National Contributions Director for Nordstrom. “Elaine is a great choice and we know she’ll make the most of this awesome opportunity. We think she’ll do a wonderful job of not only representing both organizations and our region, but also bring back what she learns and really make a difference with the knowledge she gains. We’re excited to see the impact she can help make.”

About the Seattle Ambassador program and Seattle International Foundation:

The Seattle Ambassador program is an ongoing initiative of the Seattle International Foundation, a private institution working with individuals, corporations, and nonprofits to improve lives around the globe. Founded in 2008, SIF has awarded more than $15 million to more than 142 organizations working in 60 countries.
Washington state residents learn more and sign up at www.seattleambassador.com.

Nordstrom, Inc. is a leading fashion specialty retailer based in the U.S. Founded in 1901 as a shoe store in Seattle, today Nordstrom operates 276 stores in 36 states, including 117 full-line stores in the United States and one in Canada; 155 Nordstrom Racks; two Jeffrey boutiques; and one clearance store. Nordstrom also serves customers through Nordstrom.com; Nordstromrack.com; online private sale site HauteLook; and Trunk Club, a personalized clothing service. Nordstrom, Inc.’s common stock is publicly traded on the NYSE under the symbol JWN.