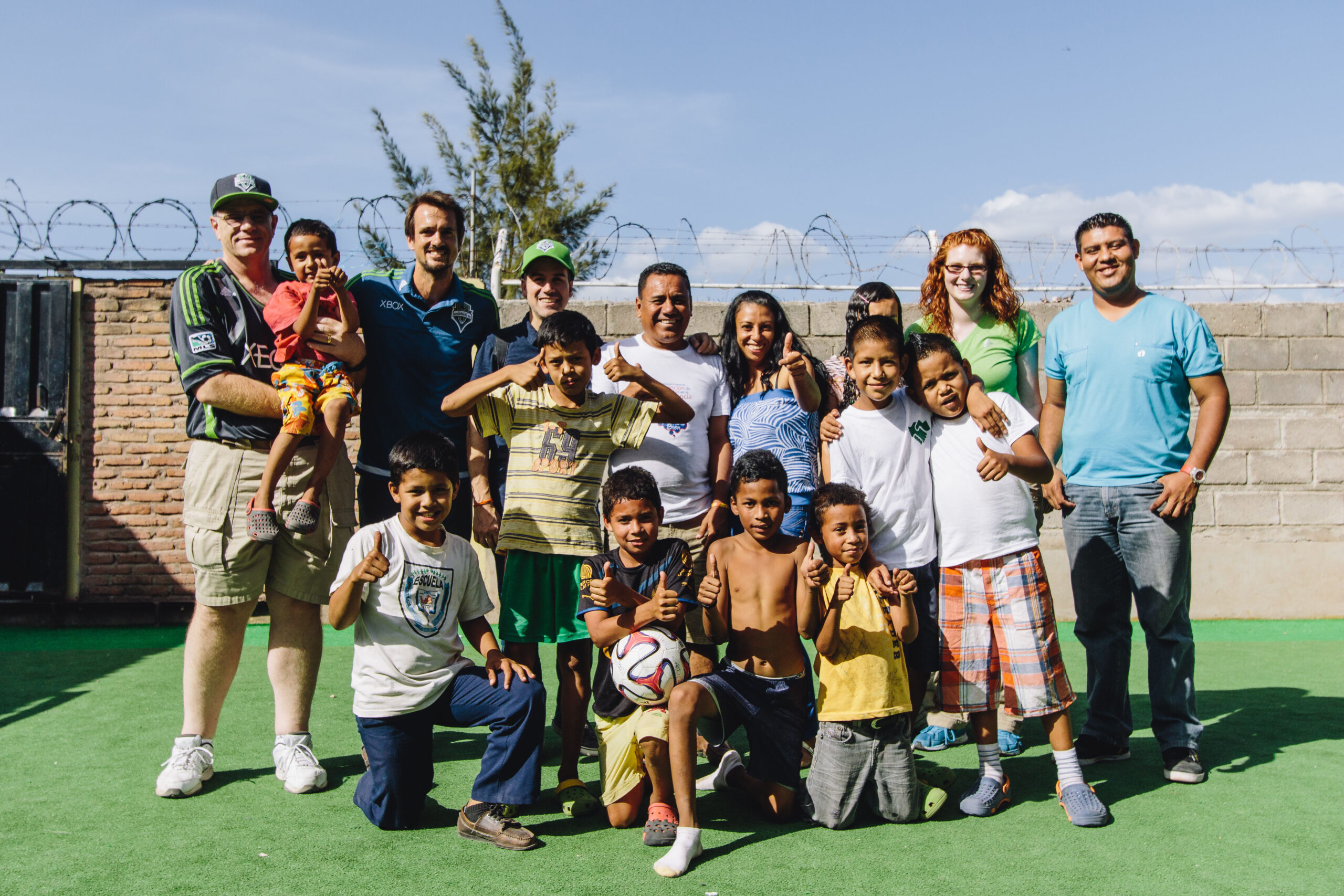 The Seattle International Foundation (SIF) and Seattle Sounders FC teamed up this week to provide some much needed resources and support to vulnerable children in Tegucigalpa, Honduras.

The two organizations travelled together to Tegucigalpa, where the Rave Green took on Honduran-side CD Olimpia in the Group Stage of the 2015-2016 Scotiabank CONCACAF Champions League (SCCL) on Wednesday. While there, the organizations partnered with USAID and Creative Associates International to support their Youth Alliance Program – a regional network of community-run, youth centers dedicated to reducing violence, creating safe spaces and generating opportunity for learning, recreation and job training.

“There are many problems in the world, but it’s important to remember we can have real impact when we work together and focus our efforts,” said Mauricio Vivero, the CEO of SIF and organizer of the initiative. “This partnership exemplifies the best of our community, a region that cares about the world and is willing to engage directly to improve lives.”

“Sounders FC was founded around the principles of passion, courage, and community. And participating in the Scotiabank CONCACAF Champions League provides an opportunity for us to be global citizens by leveraging the game of soccer to make a difference for those that need it the most,” said Levesque.

The Seattle International Foundation, under the leadership of Board Chairs and founders Bill and Paula Clapp, has played an essential role in funding innovative programs to alleviate poverty in Central America, as well as building partnerships to advocate for more collaboration among donors throughout the region.