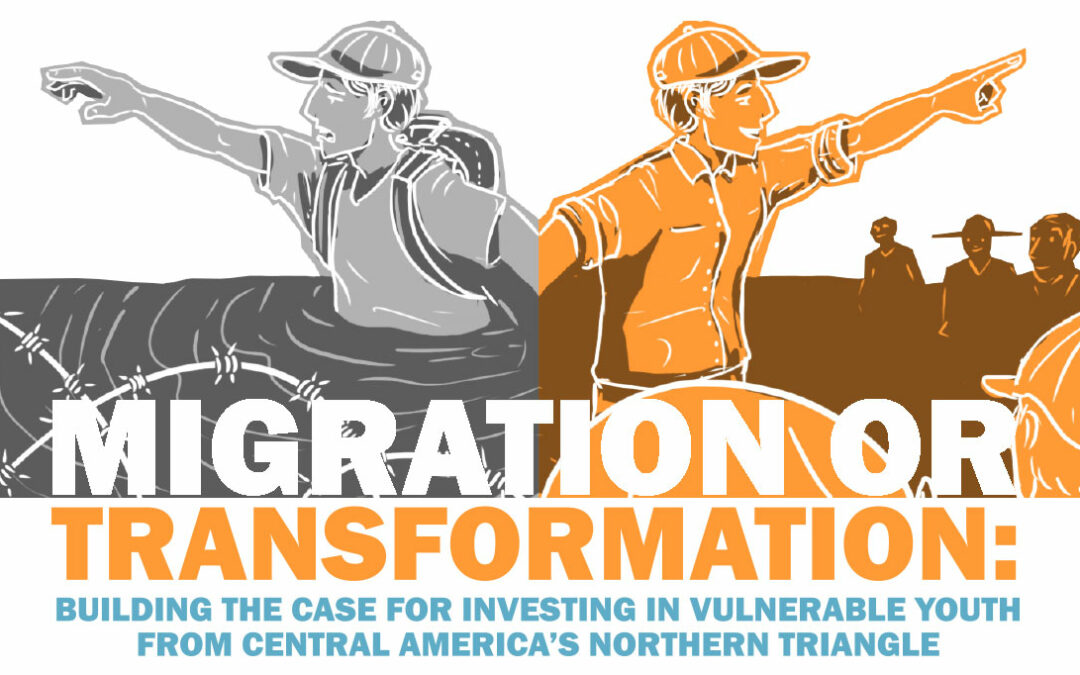 Migrants apprehended at the U.S.-Mexican border are near their lowest level since the 1970s, but in 2017 over 37,000 unaccompanied minors from Central America’s Northern Triangle were detained at the border. In April 2018, over 50,000 individuals were either apprehended or deemed inadmissible at the U.S.-Mexico border––a 223% increase from April 2017. On May 16th, Seattle International Foundation, together with Pangea Giving and Global WA hosted a panel to discuss the complex and interconnected challenges facing youth migrants from the Northern Triangle of Guatemala, El Salvador and Honduras.

“I can’t imagine the emotional state and the conditions you must be living in when you decide to send your minor unaccompanied through deserts, rivers and border patrols just to seek a better life,” said Arturo Aguilar, Executive Director of Seattle International Foundation. In his introduction to the Northern Triangle panel discussion, he cited three main factors––insecurity and violence, lack of opportunity and wellbeing, and an absence of rule of law––contributing to Central Americans’ difficult decision to leave their homes.

In a panel moderated by Jorge Barón, Executive Director of Northwest Immigrants Rights Project, two experts discussed the case for investing in vulnerable youth from the Northern Triangle. Those panelists, Lissette Vásquez Rojas, Executive Director of Myrna Mack Foundation, and Corrina Grace, Founder and Executive Director of SERES, shared their experiences with youth development and advocated for locally informed strategies to improve the prospects for struggling communities.

Thriving communities form when youth feel inspired to participate in local government and become involved in politics. According to Grace, after completing SERES programs, 60% of female participants hold positions on local government councils. In 2017, the Northern Triangle countries ranked in the bottom 40% globally on Transparency International’s Corruption Perceptions Index. Grace added, as youth agents for change enter into local government, the insidious nature of corruption breaks down and governments better resemble the communities they serve.

Outside of grassroots change, U.S. intervention––through aid and policy––has significantly influenced the lives of Central Americans. In the Plan of the Alliance for Prosperity in the Northern Triangle, migration comprises a focal point. The panelists noted the Northern Triangle countries created a strong proposal to leverage their own budgets and invest $5.1 billion to create economic opportunities, improve public safety, enhance access to the legal system and strengthen institutions, but that reality may not meet expectations. “[The Northern Triangle countries] talk to the States in the way they think they want to hear. We are poor countries. We do not have that kind of money,” said Vasquez Rojas.

Grace emphasized how catalyzing youth to create just and sustainable communities can solve the Northern Triangle’s problems from within: “When I look at the Plan for Prosperity, I see us doing more of the same thing: investing in large-scale infrastructure projects, free trade zones, developing human capital, but not a lot of involvement from the communities,” said Grace. In order to build resilient communities, the next generation of community leaders must develop an educational foundation of knowledge as well as tangible skill sets for leadership; “We have an ecosystem of support to help young people overcome the obstacles they face. There’s so much potential,” Grace continued. “Yes, it’s about jobs and opportunity, but it’s also about helping young people have hope.”

“The issue of migration isn’t new. It has been a problem for decades,” said Vasquez Rojas. “This has been an issue since I was a child. Many of my neighbors were in this situation. When they didn’t show up at school, we knew they went to the U.S.” Between 2005 and 2014, less than half of secondary school aged children were enrolled in school in the Northern Triangle. The rate of young people aged 15-24 neither working nor studying is nearly 30% in El Salvador and between 27% and 28% in Honduras and Guatemala.

“It’s not that we don’t love our countries. It’s not that we don’t like living in our countries. It’s just that it’s hard to live in our countries. It’s sometimes unlivable. For marginalized communities, life can become unbearable in the slums or rural areas,” Aguilar noted. Both panelists described how social programs, which enable people to improve their own communities, are effective solutions in the Northern Triangle. Multi-stakeholder community integration initiatives of returned and deported migrant youth will allow countries to capitalize on an influx of diverse citizens returning home. In other words, the return of migrants is an opportunity, not a burden.

As the panel drew to a close, Aguilar echoed the panelists’ call to action: “The only way that we can guarantee that the situation is not going to change is if we do nothing.”