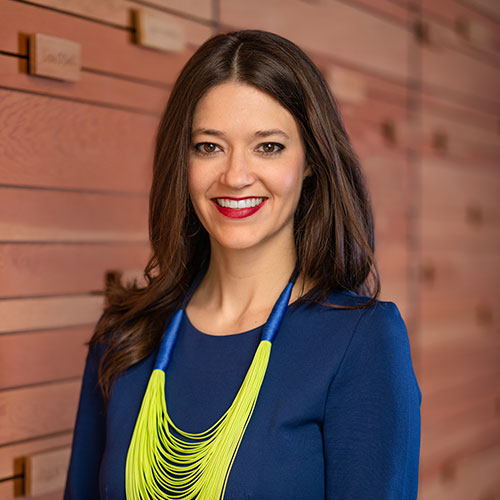 Michele strives to champion organizational excellence, cross-team collaboration and Seattle Foundation’s values across the organization. As a member of the Leadership Team, she advises the CEO on key strategies and partnerships to scale impact and achieve our goals.

Michele has a deep history at the foundation, previously working with Seattle Foundation’s key partner on global philanthropy, Seattle International Foundation (SIF). During her seven years with SIF, she launched initiatives and built programs with stakeholders to address poverty and inequality around the globe. She led their grantmaking strategy, overseeing more than $17 million in grants in over 65 countries. Prior to SIF, Michele worked as a Research Analyst for the Technology and Social Change Group at the University of Washington, conducting field research on Microsoft Community Affair’s social investments in employability and technology for marginalized communities throughout Latin America.

Michele is a board member of Splash, an international nonprofit committed to providing clean water for kids across Asia and Africa. She has a Bachelor of Arts from the University of Washington’s Jackson School of International Studies, with a minor in Human Rights. In 2015, Michele was named an American Express NGen Fellow, and a member of the inaugural class of Henry M. Jackson Leadership Fellows. In 2017 she represented Seattle in the Young American Leadership Program at Harvard Business School.