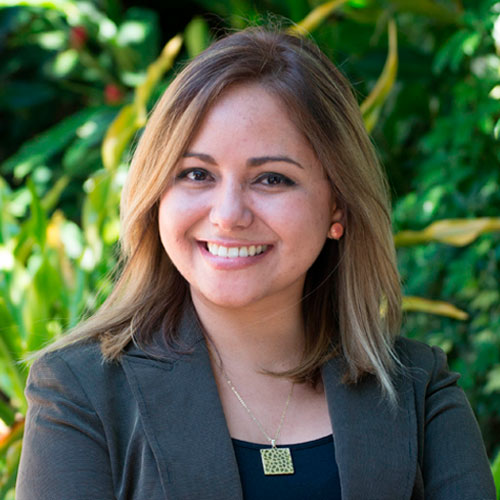 Denia provides support to grantees of the CAMY Fund in Central America to strengthen youth social movements, specifically supporting sexual and reproductive rights, gender justice and artivism in the region.

Denia is a feminist, artivist and human rights defender with a youth and gender perspective.

She holds a degree in Business Administration from the National Autonomous University of Honduras (UNAH) with equivalences from the Francisco Gavidia University in El Salvador. She has specialized in Public Policies for Equality in Latin America by the Latin American Council of Social Sciences (CLACSO), holds a diploma in Project Management from the Central American Technological University in Honduras and has training in studies with a focus on rights and of gender. Previously, Denia worked as Administrative Secretary for the international medical-humanitarian organization Doctors Without Borders on a project to care for victims of sexual violence.

Working with the youth of Central America and Mexico has allowed me to understand, from a point of empathy and collective work, the importance of generating safe spaces in which the youngest voice is heard and recognized as agents of change for the construction of free and autonomous social movements.

This website uses cookies to improve your experience while you navigate through the website. Out of these, the cookies that are categorized as necessary are stored on your browser as they are essential for the working of basic functionalities of the website. We also use third-party cookies that help us analyze and understand how you use this website. These cookies will be stored in your browser only with your consent. You also have the option to opt-out of these cookies. But opting out of some of these cookies may affect your browsing experience.
Necessary Always Enabled

Performance cookies are used to understand and analyze the key performance indexes of the website which helps in delivering a better user experience for the visitors.

Analytical cookies are used to understand how visitors interact with the website. These cookies help provide information on metrics the number of visitors, bounce rate, traffic source, etc.

Advertisement cookies are used to provide visitors with relevant ads and marketing campaigns. These cookies track visitors across websites and collect information to provide customized ads.

Other uncategorized cookies are those that are being analyzed and have not been classified into a category as yet.

SAVE & ACCEPT
Powered by