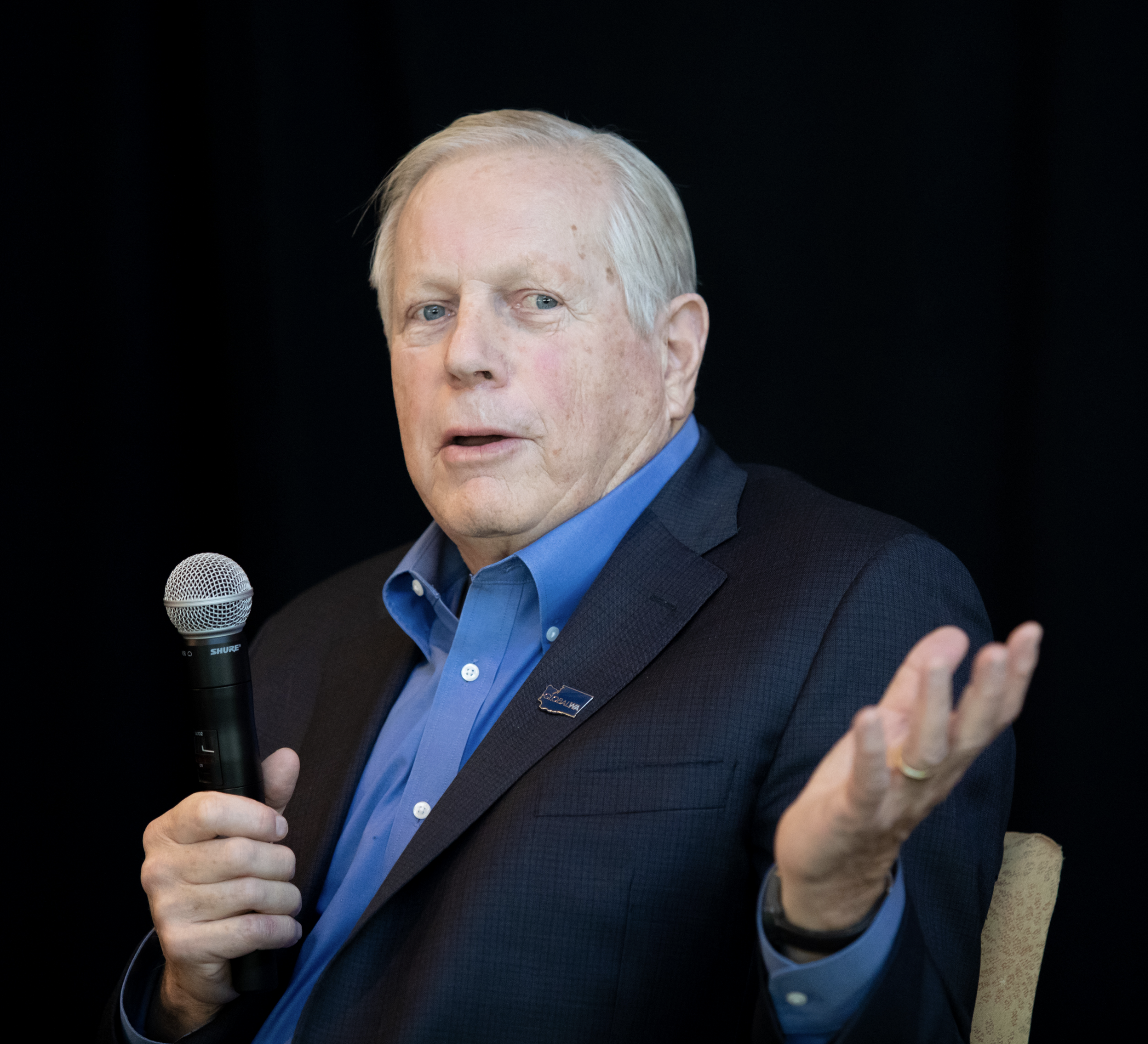 William H. Clapp is a social entrepreneur, thought leader, businessman and philanthropist from Seattle, Washington in the U.S. with years of experience in the business world and non-profit sector.

He is the founder of the Matthew G. Norton Company, a private real estate and property management company, and the lead founder of three high-impact organizations: Global Partnerships, Global Washington and the Seattle International Foundation.

Bill started his professional career in 1967 as a bush pilot and businessman in Alaska. He returned to his hometown of Seattle in 1975 where he led the founding of the Matthew G. Norton Company, first as CEO and later as president, a position he held until 2002. The company is one of the largest private holders of industrial property in the state of Washington.

In the early 90s, Bill and his wife, Paula, developed an interest in international development and in 1994, they founded Global Partnerships, an impact-first investor dedicated to expanding opportunity for people living in poverty. The organization has awarded grants and loans to the effect of almost $330 million to over 125 partners in Latin America and Africa, impacting the lives of more than 14 million people.

Bill directed Global Partnerships until 2006, at which point he began discussions which eventually led to the founding of Global Washington in 2008. Global Washington (GW) is a network of 165 philanthropic organizations, businesses and academic entities in the state of Washington that work to improve the quality of life for those living in the developing world.

In 2008, Bill and Paula created the Seattle International Foundation (SIF) to bolster development in Central America—the region in which their philanthropic work began—and to deepen the impact of international philanthropy coming from Washington State.

Under Bill’s leadership as president, SIF has facilitated grants to more than 240 organizations amounting to $24 million and has launched several successful programs such as the Central America Donors Forum (CADF), the Central America and Mexico Youth (CAMY) Fund, and the leadership program Centroamérica Adelante. In 2018, SIF’s board chose to shift its strategy and adjust SIF’s mission and vision to focus its efforts entirely on Central America.

Bill was a board member of the Alaska Air Group for 20 years and served for 16 years on the board of Weyerhaeuser. He has also served on numerous boards of private companies and community committees.

Bill continues to be involved with each of the philanthropic organizations he founded and is a member of the advisory board of the INCAE Business School in Costa Rica. He and Paula reside in Seattle and frequently visit Central America.