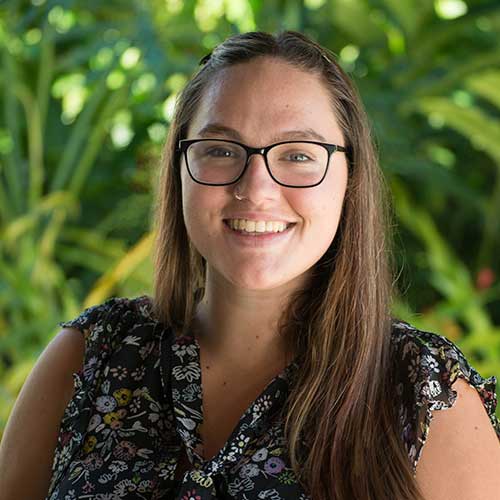 Anna collaborates with staff to support the planning and execution of SIF events and programs and assists with creating and translating content for SIF’s social media accounts and website.

A disability activist and passionate advocate for positive social change, Anna provides the Foundation with a valuable perspective for increased inclusion and intersectionality in SIF’s programs and communications.

Prior to joining SIF, Anna was a Fulbright Research Fellow to Nicaragua where she analyzed national and international disability policies in relation to disability perception and stigma. As a Fulbright Fellow, Anna worked with various national and international institutions in Nicaragua, such as the University of Central America, Humanity and Inclusion, Corazón Contento, and Pajarito Azul, as she pursued the question of equality and inclusion for people with disabilities in the country.

When approaching the challenges of our world, it’s sometimes hard not to turn away; but without engaging with the problems, we cannot find solutions. As someone dedicated to justice and equality, I’m grateful to be part of a team that consistently chooses to face the complex problems with passionate optimism.