In Solidarity with Nicaragua: One Year of Resistance

One year has passed since the awakening of Nicaraguans demanding justice, democracy and freedom in their country. Faced with the most brutal repression since its civil war, Nicaragua and its people are currently experiencing a tragedy at the hands of the Ortega-Murillo government. To date, over 300 people have died, 800 have been taken as political prisoners, and thousands have been forcibly exiled.

On the first anniversary of the student-led protests and a vicious government crackdown, Seattle International Foundation invites you to hear from the survivors of this ongoing crisis. This panel will feature a Nicaraguan lawyer whose brother died in the protests, a Nicaraguan student who escaped the violence to study at Seattle University, and a Seattle International Foundation Program Officer from Nicaragua. 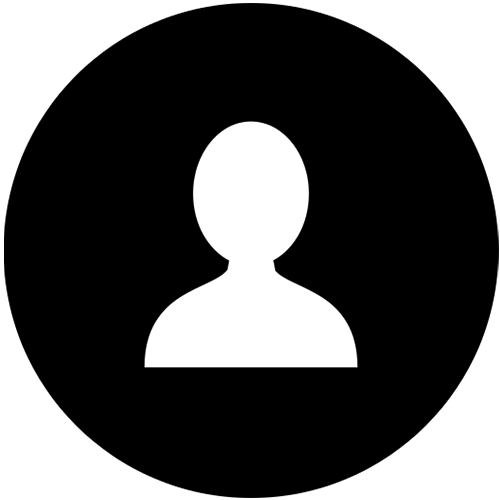 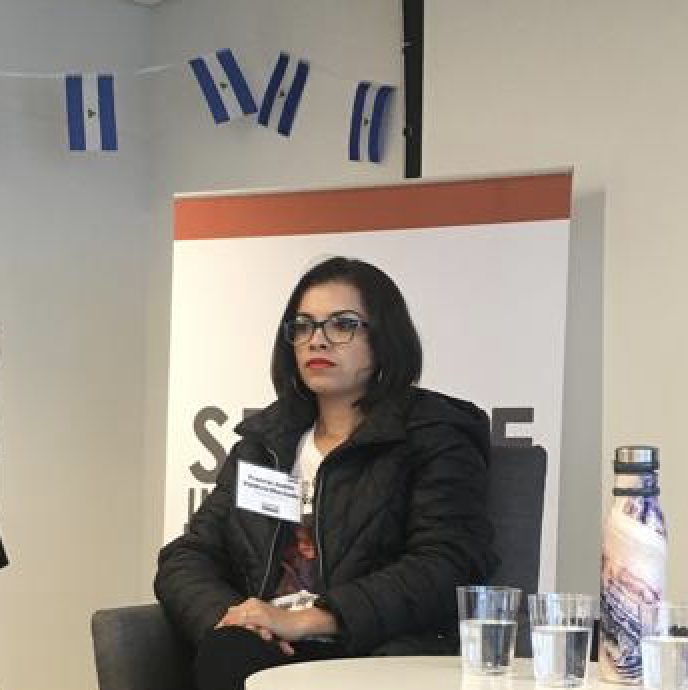 On the first anniversary of the student-led protests and a vicious government crackdown, SIF hosted a panel for the community to hear from the survivors of this ongoing crisis in Nicaragua. The panel featured Francys Valdivia Machado, a Nicaraguan lawyer whose brother, Franco Valdivia, was assassinated in the protests; a Nicaraguan student who escaped the violence to study at Seattle University; and a Seattle International Foundation Program Officer from Nicaragua. (Due to security concerns, some personal information has been withheld.)

“The repression of this collective massacre has been one of the most brutal and most cruel of the last several decades in Latin America,” said SIF’s Nicaraguan Program Officer. “The government has convinced people outside of the country that everything is normal, but it’s not true. We are under a dictatorship in which protesting is criminalized and there is no freedom of expression. If you waive the Nicaraguan flag in the streets, they will kill you, kidnap you, or make you disappear.”

One ally of the Nicaraguan people seeking justice for families is Francys, President of the Mothers of April Association (AMA): “The path may be long, but the Mothers of April and their families will not rest until there is justice. As Nicaraguans, we deserve liberty in a country that respects the human rights of all of its citizens,” said Francys. While helping the family of a slain protestor, Francys learned that her brother too had been assassinated. After receiving threats from Ortega’s government, and when two pro-Ortega men visited her home and law office in Managua, Francys fled to Mexico, where she continues her work in exile.

The panelists confirmed the rebellion against the Nicaraguan government is not aligned with any political party. “This is not a fight with two sides, neither the left nor the right. We are the pueblo, demanding civil rights and political freedoms, fighting back against a dictator, suppressing the people with weapons,” said the SIF Program Officer.
“In our resistance, I discovered solidarity and a sense of humor, and how to channel our pain and our fury,” said the SU student, who was forced to flee the country to Washington state in June of 2018. When the protests broke out in Nicaragua, the student was in class, and urged to leave immediately by their teacher.

“Being a student in Nicaragua is a crime,” said a member of the audience in response. “Being young in Nicaragua is a crime.” “This is a civic-minded and peaceful rebellion,” said the SIF Program Officer. “It was initiated by students and youth without arms. The flag has been our symbol, our emblem. A civil resistance is still alive today, despite the repression and censorship. These crimes in Nicaragua are crimes against humanity.”

As the event concluded, news broke that a five mourners in Managua, Nicaragua had suffered injuries while gathering to remember loved ones who had been killed in the protests. 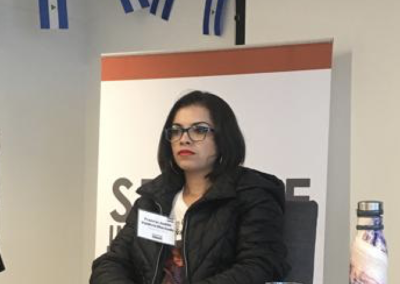 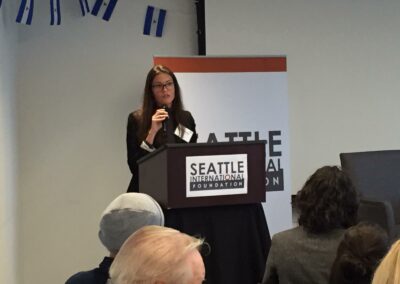 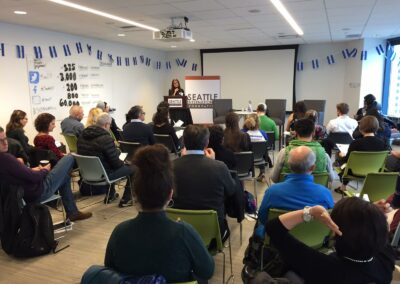