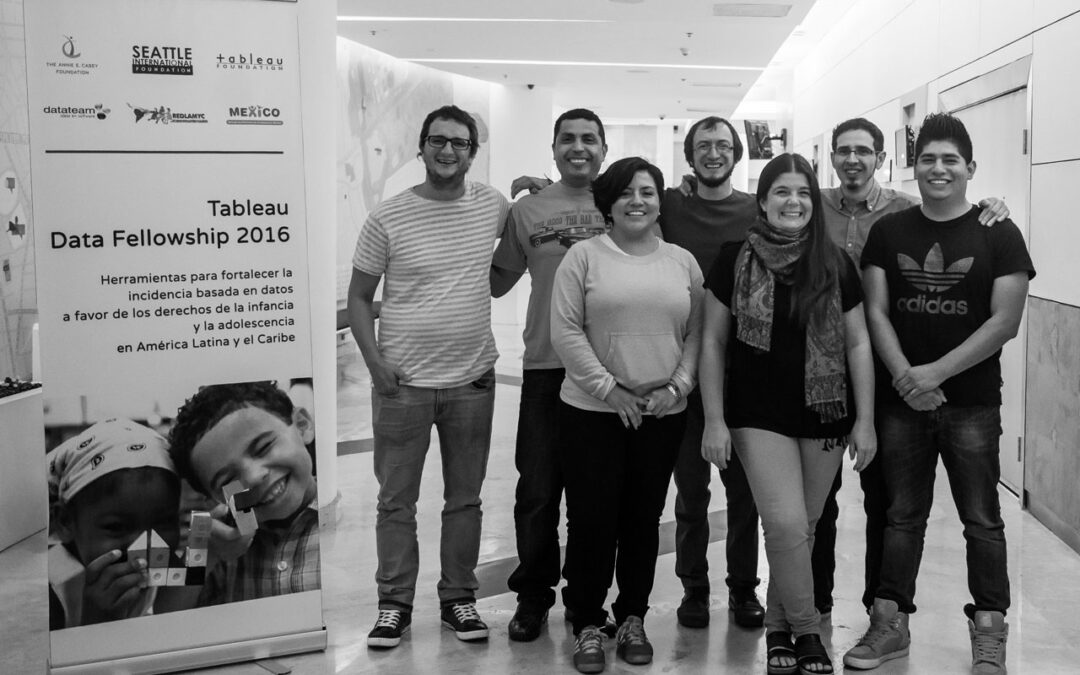 The Tableau Foundation recently partnered with Seattle International Foundation (SIF) and the Annie E. Casey Foundation to design and implement Tableau’s first-ever international Data Fellowship. This program, featured in a Tableau video, supported fellows from Latin America with software, training and financial resources to more effectively visualize data on the well-being of children in that region. The data, in turn, helps leaders make informed decisions and implement inclusive policies and programs throughout Latin America.

Fellows are members of the Latin American and Caribbean Network for the Rights of Children and Adolescents (REDLAMYC), a network of organizations that advocate for youth in Latin America, and are from Argentina, Guatemala, Mexico, Nicaragua and Uruguay.

Policies that focus on improving child well-being, socio-emotional development and educational achievement put children on a path to become healthy, productive adults. Latin America remains one of the most inequitable regions in the world, with wide gaps between rich and poor, and youth there continue to face barriers to basic rights and social services.

In Latin America, young children in poor households lag seriously behind those in better-off households in early school performance, and the deficits continue as they progress through school. Nearly one in four girls across the region is married off before the age of 18 and as a result, denied rights to health, education and safety. UNICEF found that nearly 81 million children and adolescents in Latin American and Caribbean countries experienced at least one moderate or severe deprivation of their rights to education, nutrition, housing, sanitation, drinking water or access to information.

Over the course of a year, the fellows surfaced a wide range of data that help improve policies and outcomes, including government spending on education, and policy implications associated with child homicide rates. Fellows Alfredo Zámano and Iván Islas Santiago presented national data for Mexico on the total number of children treated for malnutrition and the percentage of kids without access to health services in the country. Their organization, La Red por los Derechos de la Infancia en México (REDIM), used the data to urge lawmakers to take action on children’s health rights and increase provisions that benefit them.

“I hope that they use this technology to make better data visualizations, which can be more personal, more interesting, clearer, and that it can be used as a weapon in the battle against injustice,” said Bill Medrano, a Tableau Training Product Manager who volunteered his time to train the fellows.

Marvin Alberto García Urbina, a fellow from Nicaragua, said an informed society holds its government accountable. “Having tools that can make it easier to express data in a simple and accessible way, is essential in any democratic system. We have quickly realized Tableau is a very valuable tool, and has filled a technological gap in our organizations to make us more powerful advocates for children,” he said.

Fellows are now preparing to train other organizations in the region, increasing data visualization capacity and strengthening advocacy efforts from the grassroots up.